David Bowie: a legendary artist, songwriter, musician, producer, artist, actor, and fashion icon. He was an iconic figure in music for over four decades. Bowie pushed the norms of society in music, fashion, and what it means to be a visionary.

You can’t help but start to dance along when you hear Modern Love, Fame, China Girl, or Young Americans on the radio. While it might take you back to reminiscing about the 80s, the music continues to live on today.

As David Bowie went through hundreds of interviews, shows, and production opportunities, he shared his top ten rules for success. We are going to look at the first five. These are all something to keep in mind as you develop and foster your own visionary spirit. David Bowie was able to cultivate a mindset that allowed him to thrive in his career and create inspiring content in multiple industries. Check out how he did it below:

“You are influenced to an extent, and it plants a seed in your own mind and embraces you to think about what you want to do.”

David Bowie developed an interest in music when he was just a young adult. Most of his adventurous ideas were influenced by other individuals. He got his ideas from inspirations he noticed around him.

One example that comes to mind is his song Space Oddity; one of the first songs of Bowie’s that hit the charts and defined his place in the music industry. It was one of the most obscure songs ever heard back in the day. Some would say at the time that it pushed the boundaries of music too far. However, if he never put out this type of music or was adventurous with his music, he would never have been in the spot where he ended up.

#2 – Do something artistically valid

“I didn’t strive for success, I strived to do something artistically important.”

By taking risks and being adventurous, Space Oddity became Bowie’s first top-five entry on the UK Singles Chart after its release in July 1969.

His success was based not on the thought of himself being a superstar, but instead on wanting to create something that made a positive, artistic impact in society. It’s a good reminder for us all that when we look toward the future we should think about the impact you’re making in the world, and how it can help others. THAT mindset will provide you with immense success.

#3 – Learn from failure, don’t let it consume you

“The only real failure is trying to second-guess the taste of an audience. Nothing comes out of that except a kind of inward humiliation.”

Although nobody ever wants to experience tragedies, it can help you grow as a person. So many of us go through life trying to avoid bad things happening to us. However, the negative things that we experience shouldn’t be looked at only in a negative way, because they can teach us great lessons.

For Bowie, he faced major backlash for his obscurity in the music industry. His journey was full of ups and downs and harsh critics tearing him apart. However, while he continued to experiment with his artistic concepts, he re-emerged in 1972 during the glam rock era with his flamboyant and androgynous alter ego Ziggy Stardust, creating another steppingstone in his own stairway to fame. The tragedies he went through helped him become more influential in the music industry today and proved that you must stay true to what you’re passionate about.

“I don’t know where I’m going from here, but I promise it won’t be boring.”

Bowie’s creative impact during the glam rock era, as described by biographer David Buckley, “challenged the core belief of the rock music of its day.”

David Bowie explained that whenever he felt blank for creating new music, he would revert to painting, which opened a bucket load of new ideas and associations. He described the process as being a device to help him get back in his creative flow.

If you ever feel blocked from new ideas yourself, try a creative medium outside of your comfort zone. These can be things such as drawing, painting, dancing, singing, playing an instrument, or going for a walk; whatever is outside of your normal day-to-day routine. This will tell you a lot about your own creative process and allow you to think outside of the box for your next idea.

“You can neither win or lose if you don’t run the race.”

The next piece of advice we love is to do what YOU like doing.

The more niche your audience is, the better. As David Bowie stated, the more and more he tried to reach a wider audience, the less passionate he felt he was, and he didn’t really believe in the material he was doing.

Nobody showed more independence, strength, and resilience than David Bowie when it comes to doing what you like. Bowie received many mixed reviews for his Ziggy Stardust alter ego, but it uniquely represented him. Therefore, he stuck with it, created the album Tin Man (which Bowie describes as a “clumsy idea”), and as a result, Tin Man became iconic in terms of challenging the creative norms of music.

This concept was a huge form of innovation for the music industry, and a great reminder for us visionaries to stick with what YOU like, regardless of what might be trending in the rest of society. Remember that the most obscure, passionate ideas can end up having the most impact.

Gain Insight from Some of the Greatest Creators of All Time.

Looking for inspiration and motivation from some of the most successful creators we know?

You’ve come to the right place! Every month, we will take a deep dive into the lives and successes from some of the greatest visionaries of all time. They were able to utilize their knowledge in order to make something amazing.

You can expect each month we’ll send out a feature of a new visionary and clues they left behind to learn from. Enter your information below and reach your creative potential.

Branding and the Brain: Make the Connection

Do you feel like your brand is struggling when it comes to keeping people engaged and excited?

One of the biggest reasons people get bored with your brand is that it’s not connecting with them in a way that activates their brains in the best way possible.

It might sound “sciencey”, but cracking the code is actually quite simple – if you can better understand your audience’s brain and how they stay engaged, you’ll be able to present your message in a way that your audience will devour every time.

Download this FREE 15-minute exercise that helps you go deep into the science of branding and get you thinking of your brand in a new light so that your brand can create a memorable experience for your clients. 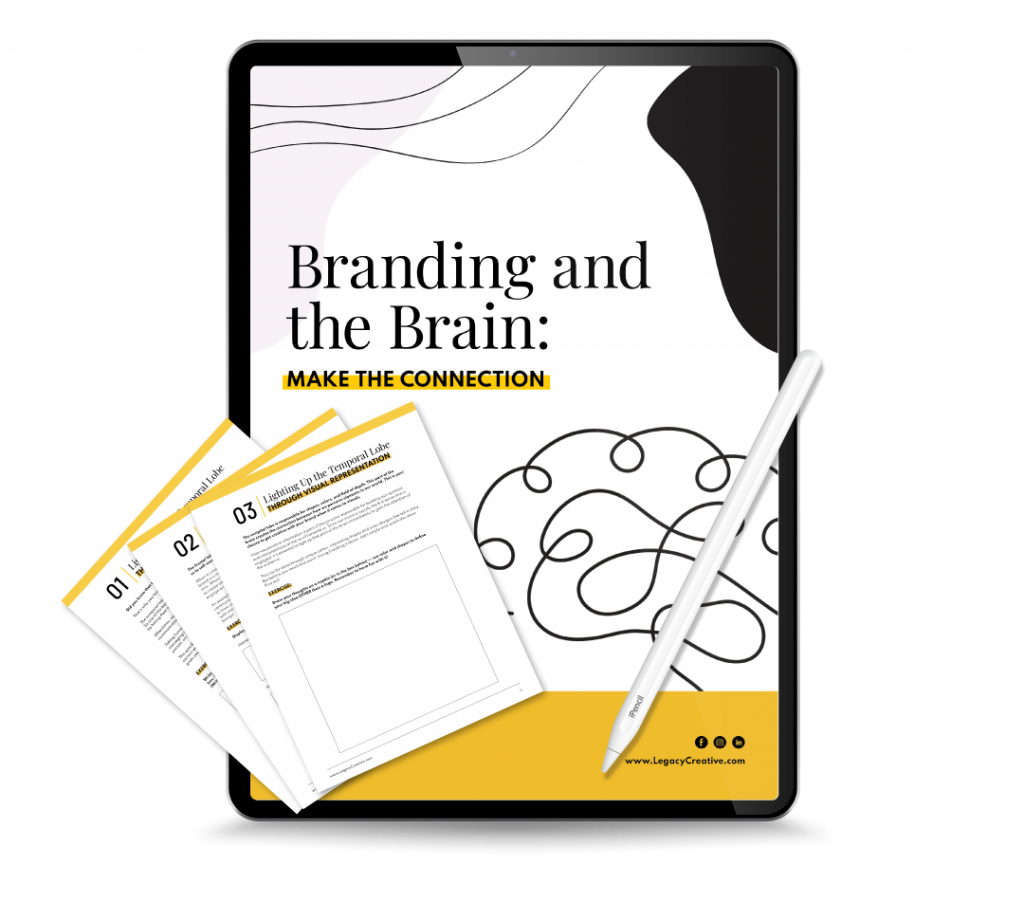